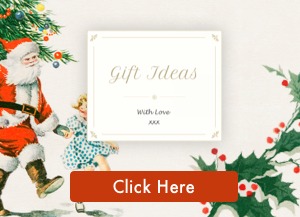 Buy any 4 score pads across our range displaying the same multibuy offer.

The Simon Lucas Bridge Score Pad – Helios – is a very smart score pad. Containing 50 double-sided score cards choose between rubber, chicago or a plain pad. Firstly, we print our score cards on quality 135gsm card. Then we make them into a pad with a back board to lean on and cover to keep them clean. A pad keeps the score cards neat and tidy. Furthermore, the score sheets don’t get tatty as they aren’t loose.

The score cards are made from 135gsm card so you can either give each player their own pad or a single score card. Alternatively you can put the score cards into our score card holders. Moreover, each bridge score pad – Helios – contains 50 double-sided score cards, which is 100 games per pad.

Two competing pairs play against each other in Rubber bridge. A rubber is a ‘best-of-three’ competition with players competing over three games of bridge. Play proceeds until one pair wins 100 or more points to win that game. When scoring there is a horizontal line dividing the Rubber Bridge Score Cards. The winning bid’s value (tricks that are bid and made) is scored below the line, and bonus points such as overtricks are scored above the line.

The winning pair is generally the first pair to win two games. On our Rubber Bridge Score Cards, all three games that make up a rubber are scored on one side of the score cards, so you get a whopping 100 rubbers/300 games from just one pad!

While the basic elements of scoring are similar to Chicago or ‘four-deal’ bridge, their method of accumulation and recording differ slightly, and honours do score. We include scoring tables for both Rubber and Chicago bridge in our Contract Indicator and Scoring Aid.

Chicago bridge, or 4-deal bridge, takes its name from the Standard Club of Chicago where it originated and there’s been a sharp rise in its popularity in the last few years. This is because it’s quicker to play. In Chicago bridge, a rubber is made up of just 4 deals which generally last around 20 minutes each. After 4 deals, it’s possible for players to join or leave the game, which makes Chicago more flexible than Rubber bridge if you have between 4 and 7 players and want to rotate the play (you can get guidance on how to add and rotate players from our Contract Indicator and Scoring Aid). The vulnerability is pre-determined for each deal:

Do NOT follow this link or you will be banned from the site!