We have covered Basic Whist before. When Brian Furniss from Doncaster Whist Club – and teacher of the game – reached out to us with some instructions on the game and asked if we’d like to put them on our website, we gladly said “yes please!” 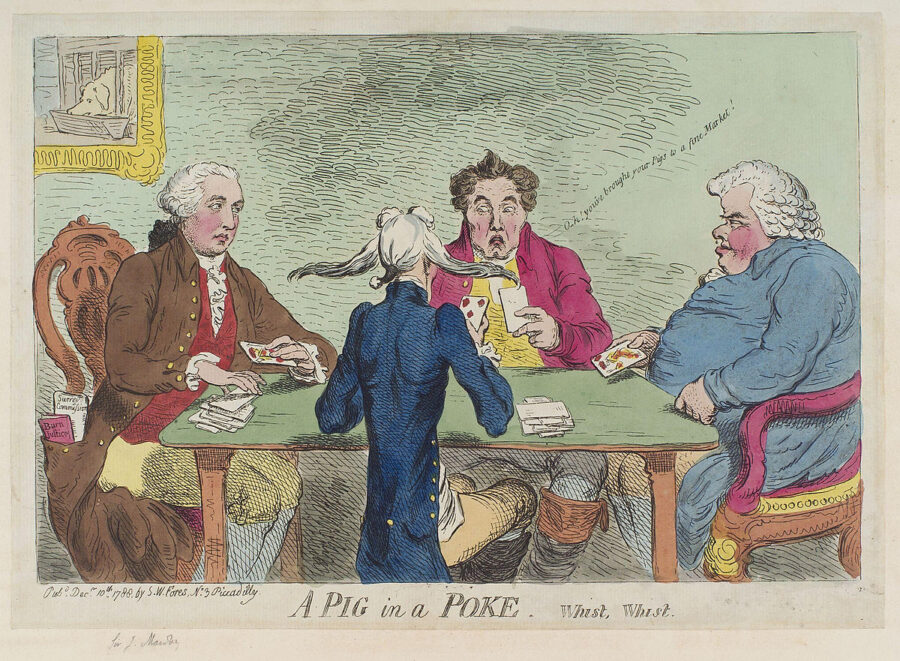 Whist has been played by all ages, both in the family home and in public halls, clubs and institutions (known as whist drives) for a very long time. There are many variations of whist that have developed over time and at Doncaster Whist Club we have done much to both revive the game and make it more lively and interesting. At a drive, you can have as many players as the venue will cater for.

The basic game of whist is played by four players at each table. Players seated opposite one another (partners) compete against the other two players (opposing partners) at the table for that particular game. For the purpose of clarity as to who shuffles and deals the cards, players elect to either play lady or gent before the start of the drive. One day someone will come up with a more appropriate name, as all too often you will get a lady playing gent and vice versa.

The two gents cut from the pack of cards to decide who shuffles and deals (after shuffling but before dealing, the opposing gent cuts the pack for the dealer). Normally ace is high and the gent cutting the lowest card shuffles and deals the cards to the player on his left. This could be a lady or gent player and it is they who subsequently lead the first card of that game. A trick is scored after each of the four players has played one of their cards into the centre of the table.

Note: the main reason the shuffle and deal is decided by cutting the cards is that whist is a game of chance, like most card games. In whist the lead can be a good advantage to the game and at worst making no difference. It can never be a disadvantage. Therefore any type of whist where the shuffle or lead is pre-determined has long since been outlawed as unfair, with the exception of military whist. Here the opponents have the lead at your teams table and your team members have the lead for their away game. Some types of whist such as progressive reward the winners of the previous game and penalise the losers or vice versa and if you are playing gent, you can be sent dizzy moving one place to your left around the same table.

The player winning the previous trick plays the next card until all 13 cards have been played by each player in sets of four (13 tricks to each game). Winning tricks are normally picked up by the gent and placed face downwards in front of them but kept separately for ease of counting at the end of each game. Each player records their score (number of combined tricks won by them and their partner) at the end of each game. The pair winning the majority of tricks (seven or more) stay seated opposite one another and play together for the next game, whilst the losing pair split up and move in opposite directions to the next table. The losing lady normally moves to the next highest numbered table and the losing gent moves to the next lower number table. (this can vary depending on the type of whist played, for example in pairs sequence, military, progressive, and rainbow whist – the movement sequence differs slightly).

In next week’s instalment, Brian covers some other forms of the game, some of which were mentioned above.